Know – How to Uninstall Apps on MAC Catalina 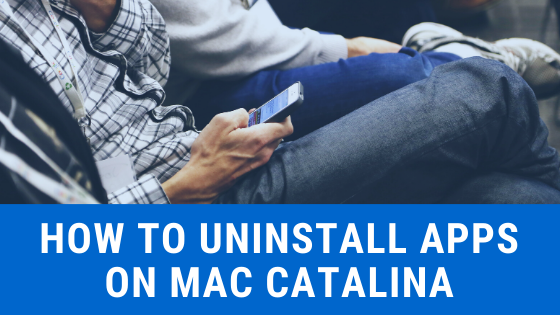 Many of you might knowingly or accidentally install an application on the MAC operating system. And later realize that it should not have installed. Maybe the app installed is not meeting the purpose of an individual. Now, the question is how to uninstall apps on MAC OS Catalina, Mojave, High Sierra, and the previous versions. Under such circumstances, do you still uninstall the unwanted apps by dragging the icon to the trash bin?

If you are doing the same, then keep this in mind that the app’s service files are still retained on your Mac machine despite clearing the application from your system. Due to this, the Mac OS hard drive will be loaded with useless files having the size of gigabytes without your knowledge thereby hampering your system’s performance. There is nothing to worry about provided if you ensure to follow the adequate uninstallation procedure. As a result, this article turns out to be the ultimate rescue solving your hovering doubts in terms of removing undesired apps from your Mac OS.

Here’s How to Fully Uninstall Applications from Mac OS – Find It Here!

To implement the below mentioned manual steps, you should have enough knowledge about the mac OS catalog system. In case, if you are a brand new Mac user, then it is highly recommended to first have a deep understanding of the hidden library folder. This folder consists of supporting files such as user account settings, containers, application scripts, cookies, caches, etc. which enables to function of the application. Care must be taken while deleting the inappropriate files. This is because there are chances of removing the essential files accidentally. Perhaps, this could lead to a nightmare situation obstructing the OS performance.

Following are the manual steps to Uninstall Apps in Mac OS:

Ensure to clear files from the trash after the uninstallation procedure gets completed.

For some applications, there exist specialized uninstallers that can help in the removal of unwanted apps. However, these uninstallers do not appear directly in the Launchpad. This can be found under app folders under Finder (Spotlight), provided if there is an uninstaller for the respective app. Once the uninstaller is navigated, launch it and follow the upcoming uninstalling procedure. Each application has its corresponding uninstallation steps that need to be carried out in a varied interface. In the occurrence of accidental deletion of the uninstaller. There is nothing to panic about, as it can be easily downloaded again from the developer’s website from which the app was initially installed.

Suggested Tip: If you are finding the aforementioned process difficult to how to uninstall apps on MAC OS Catalina, MAC OS Mojave, and the prior versions. Then, make use of third-party software that can be availed at ease from the internet.

After reading this blog, now you might be pretty clear with the steps to how to uninstall apps on MAC OS Catalina. One can easily implement any of the suitable procedure which is described here. In case of finding the manual method tedious or ineffective, then you can try the alternative way using some genuine third-party software.