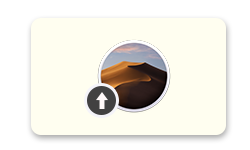 Apple Inc. is an American multinational technology company, which designs, develops and sells consumer electronics, computer software, and provides various online services. The Apple’s hardware products include the iPhone smartphone, iPad tablet computer. Mac PC, iPod portable media player, and various other devices. The company has full-fledged its horizons to a greater extent with regards to upgrading the versions for Mac OS.

Apple released the beta version of MacOS Mojave at the beginning of June 2018 and the final version was released to the public on September 24, 2018. Mac OS Mojave is the fifteen major release of Mac OS. It is designed exclusively for desktop-based Mac operating system. It has got overwhelming features which bring several iOS apps to the desktop. This includes Apple news, Voice memos and, Home. It is the final version of Mac OS which is compatible with 32-bit apps.

However, there has been a huge concern faced by the older Mac users. The concern is Apple is still sending Mac OS Mojave incompatible alerts on Mac PCs. It is observed among Mac users that at the beginning of this year, Apple has promoted new versions of Mac OS in the App store. Unfortunately, the promotions were made also to the unsupported devices. After the release of Mac OS Mojave, Apple is still doing the same. This has annoyed its users more this time.

One of the Mac user while working in 2008 iMac received a notification to “Upgrade to Mac OS Mojave”. It was prompted on the extreme top-left corner with a precise description of its impressive features This approach will ultimately make the user download the latest version not knowing whether this version can support the device or not.

Once the Mac App Store opens, the user clicks on the Download button to start upgrading from the current version. As soon as the user clicks the Download button, it suddenly prompts an error message stating “This version of macOS 10.14 cannot be installed on this computer”. This is actually the harsh way of promoting the software. As the user is eagerly waiting to get the version updated and we see it is very pathetic to accept that the user fails to upgrade the version. This is because the latest Mac OS version i.e Mojave does not support some devices. Thus, making the user restrict to adopt the latest version on his/her device.

The error message is quite disgusting as in when the user comes to know that the specific model is incompatible with Mac OS Mojave. Apart from that, this error message makes the user go crazy and clueless. As it seems that the system has encountered some catastrophe when the error message gets pop-up in the screen to the user. This is not a loyal way of promoting the version, as the users are not at all benefited by this approach.

When an upgrade option is being activated to a user’s Mac system. Apparently, users foremost thought comes to the mind is that Mac OS Mojave is compatible with the device. This mode of promoting the latest Mac OS Mojave version has made its users quite exhausting. As it deteriorates the minds of the user, which is eventually disturbing their valued time and work.

Mac users have known that the Mac OS Mojave not compatible alert made to unsupported devices is the pretty distracted way of promotion. Though the ultimate intention is to attract the users which will make them buy the latest version. But, this approach of promotion does not symbolize anywhere to the user that the older Mac is incompatible with Mojave. So, it is will be appreciated if it is made clear in the initial stage itself. So that, users won’t put their time in downloading Mac OS Mojave which is unfortunately not compatible with the older or unsupported Mac system.