Nowadays for every small task people are dependent on technology. Various gadgets with voice commands are used to perform different tasks such as accessing households, playing music, bookings table or room, making payments etc. But all these tasks are possible because of the most important thing that is the Internet. Each command or communication travels through the Internet. In this technology oriented world, every second million of requests hit the Server. So, it is very important to monitor and control the server from various malicious activities. Now the question crops up ‘ How to protect the Servers ?’. By protecting servers the user safeguards the vital data from catastrophic events. Thus, in this blog, different ways are discussed using which the user can easily protect the new generation of the servers. 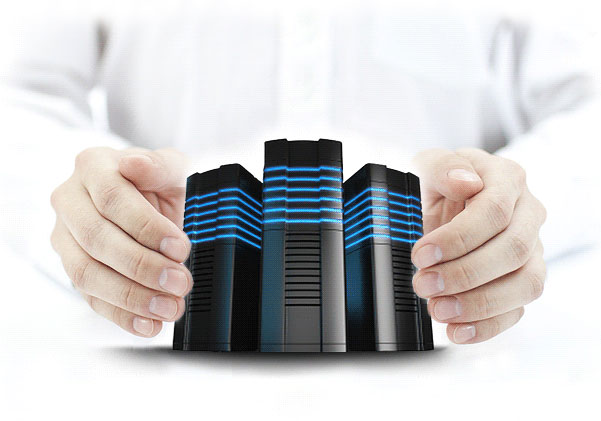 Top Ways to Secure the New Generation of Servers

Every day there are many advancements in technology, which give birth to new technologies. Now, there are millions of servers who are working on the daily basis for various tasks. The user’s data is stored on the server and sometimes travel from one server to another. Therefore, it is important to protect servers from hackers. Managing of all the communication flow, users request and other chores, the new generation of servers works best. But the users must take some preventive measure to secure the new generation of servers. Thus, in the section given below, we are going to introduce some most prominent ways using which the user can easily safeguard the data stored on the servers.

The first way to protect the new generation of servers is by implementation of firewalls. It handles and verifies the incoming and outgoing network traffic on the basis of some defined set of security rules. Through Firewalls, one blocks and restricts the access based on the roles informed to the device or software. Firewalls a play a very vital role in the security of the new generation servers as they safeguard and monitor everything associated with servers.

Those who have direct access to the certain servers and users, private networks are only available to them. Whereas a VPN or Virtual Private Network is a connection method, which adds security and privacy to private networks like WiFi Hotspots and the Internet. VPN’s are most often used by organizations to protect their sensitive data. It is a good approach to utilize private network instead of the public ones for internal communication purposes. VPN’s provide enhanced and robust security measures. Thus, adopting VPN’s and private networks is an efficient approach to protect the new generation of servers.

PKI or Public Key Infrastructure permits the Internet and other public networks users to engage in a secure communication, data exchange etc. This system is designed to protect the connection between the server and end customer. SSL certificate creates an encrypted connection between the user’s web browser and the web server. One can say that the data transferred between the web server and the web browser cannot be read without decryption. This, in turn, protects the data from various situations such as data breach, data loss etc. as one will not be able to understand the data in the encrypted form.

Permission should be given also to the limited number of people to access the server. This will reduce the risk of data leakage or data misuse. In a company or any working environment, lesser people should have the permission related to the server. Any type of passwords, credentials related to the servers should be changed on the regular basis this will minimize the risk of data breach.

Auditing of the server logs should be conducted on regular basis. It is an important way using which one can find out the major issues in the reports that are generated after the audit process. The data present in these audit reports can indicate towards the strange entries and unauthorized access. This will help the user to monitor and protect the server before it is too late. In this way, the System administrator can combat against any type of malicious attacks.

One of the main cause behind the data loss, data breach threats is outdated software. Therefore, the software updates are regularly launched to make sure that the software is well-equipped to combat threats. To maintain and check the health of the server security one should verify that all the software installed and being used are updated or not.

The new generation of servers is built with advanced and robust algorithms. But it is important to take all the preventive measures to protect the server security. The users must follow the ways explained above. This will help the users to safeguard the servers from numerous threats such as data loss, data breach, hacking etc.