Discover How to Protect Your PC from Ransomware Attacks

Technology has constantly been turning tables since its existence. As a result, our preferences expanded, priorities changed, and objects replaced. On top of that, our definition of valuable entities too has completely been revised.
Earlier it used to be PEOPLE that we valued the most, while now, it is our DATA. Therefore, more than people, the data is vulnerable of being misused or exploited. Since the origination of big data concept, most number of activities (especially wrongful) revolves largely around the data sector.

Ransomware is one such acts involving significantly crucial amount of data. The right set of people know exactly how vulnerable we all have become, to being affected by such virtual form of extortion, owing to our excessive dependence on DATA.

~Ransomware is the seizure of significantly valuable set of data, with the help of encryption. Data remains encrypted until the victim gives up and gives away the extortion money demanded in exchange of their data.~

The Ransomware Attack and Its Different Forms

Primarily two types of ransomware exist today, that are: 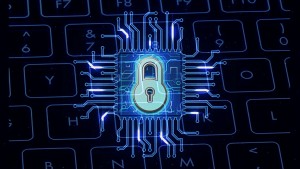 The following blog takes you through a collection of information detailing about – Ransomware, its evolution over the past years, consequences, and preventive measures to protect computer from ransomeware attacks.

When all else fails, we approach technology, and so do the culprits. Therefore, though the targets of such attacks could be just anyone but a specific set of user groups are generally the soft targets, some are listed below:

Everybody is a potential victim as far as ransomware is concerned. Nevertheless, once caught in the situation, there is no way one can escape from it unless a precautionary measure had been taken previously.
FBI states the following regarding the attack:

NOTE: Despite the facts pointed out above from the statement of an FBI official, it is not completely impossible to break free and protect PC from Ransomware attack. The adverse consequences of such an attack can be defended with previously taken preventive measures.

Nothing in the world is free including the malicious viruses, because you eventually end up paying a price for it. Ransomware can never be forced upon a user and is always a result of the user’s carelessness. The lack of awareness about internet usage policies result in such situations.

During the initial stages, everything is fresh and faulty. Time brings perfection comes into being with experiences attained. There has been a huge evolution in the pattern of transferring funds during a ransomware:

How to Protect Your PC from Ransomware?

Following are the measures define in order to protect computer from ransomeware:

Concluding: The usage of high-end algorithms for implementing the encryption has already upped the level of ransomware attacks. In addition to that, the usage of cryptocurrency and Bitcoin in combination with the increase in data connectivity worldwide with poor business continuity measures has made it nearly impossible to curb the attacks and trace the culprit count in such cases. With the right knowledge of internet usage policies and measures to maintain business continuity is the only way that can help a mass user base from different walks of life, defend themselves from such attacks.