SysTools » Blog » Fix Errors » Figure Out What is Wanna Cry Ransomware or WanaCryptor 2.0

Figure Out What is Wanna Cry Ransomware or WanaCryptor 2.0 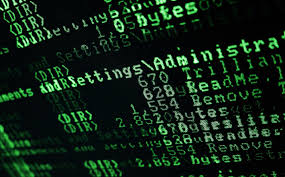 a few days back, the biggest threat came to existence that endangered cyber security and acted as a massive threat to the organizations. Wanna Cry ransomware emerged as a threat to all the companies as it began affecting systems globally. It arose like vulnerability in the system as it was a crafted as a phishing attack. Wanna Cry malware checks for the Kill Switch domain name first and in case it is absconding, it simply encrypts the data present in the computer. Moreover, it exploits SMB (Server Message Block) so that it spreads to any system present on the web. In addition to it, ransomware cyber attacks systems randomly present on the web and then the network. The virus attacks the system in such a way that every file is figured out as an encrypted one. Whenever the user tries to open the encrypted file, it demands a ransom in the form of bitcoin a cyber currency.

It is a kind of cyber attack through which the hackers can get the access to the computer. Afterward, they block the security system until they are paid ransom amount. For a cyber criminal, it is not a difficult task to gain the access to any system present on the network. All they have to do is to attract the users to download a malicious file through a phishing page. A normal user most probably clicks any link and downloads any kind of file with knowing the consequences. Once the victim downloads the file, the hacker launches an attack and locks the files within a network. It leads to the encryption of the file one after another.

Wanna Cry ransomware virus was reported way back in 2005 in the US, but soon it spread its roots in the world. The virus is usually contained in an attachment in an email that usually pretends as something innocent. Any user that opens this kind of files, it encrypts the hard drive which in turn makes it impossible to access or restore anything stored i.e., photographs, documents or music. Though one can install Anti-virus in the system to feel secure but attackers are working continuously searching for new ways to override such problems. Ransomware cyber attack works in a way that it locks and encrypts all the files in such a way that one is unable to decode them and it can no more be accessed. Wanna cry ransomware virus affects the Windows Operating System on a large scale. When the system is affected, a pop-up window appears showing how to pay the amount as ransom. Additionally, it comes with two countdown clocks showing deadline of three days. Afterward, the ransom amount is doubled along with a message showing a deadline that if not given, one may lose the data permanently. The payment is only accepted as bitcoin.

How does Wanna Cry spread?

Some Cybersecurity personals have claimed that the infection in Wanna Cry ransomware is deployed through a worm. The worm spreads itself in a network without relying on any human to spread it by clicking on any infected attachment. Few of the cases are reported where a pop-up window is displayed showing a message to create a payment to gain access again. But, one is not sure whether one gets back the credentials or not. Even in few cases, pop-ups are generated that are difficult or impossible to close, making it tough to access the machine.

Go through the 7 step process to protect infection caused by ransomware wanna cry:

The problem emerged as a horror for the cyber security but a small loophole led to the incarnation of Kill Switch. The Kill Switch can disable the functionality of WanaCrypt0r 2.0 ransomware. Even it helps in downgrading the further spread of the Wanna cry virus. According to a report, once ransomware wanna cry malware gets installed in the system it connects one to an unregistered domain. Though the discovery of kill switch was accidental, still it saved many systems. It could not help the defected systems but prevented the other systems from the damage. The Kill Switch works in the way mentioned below:

Note: Sinkhole is a server designed to find out the malicious traffic and prevent the infected computers.

what is Wanna Cry Decrypter?

It is a Ransomware Wanna cry malware program that locks all the data present on the computer and puzzles the user with only two files:

1. Instructions on what to do next
2. Wanna Decryptor program itself

When one opens the software, it tells the user that all the files present on the system are encrypted. It also gives the user a block of few days otherwise, their files would be deleted. It demands ransom in the form of Bitcoin including address and how to buy it. Many organizations have developed a ransomware decryption tool to bypass the cyber attack.

The above write-up clears one with the brief knowledge of What is Wanna Cry Ransomware Virus. In addition to it, one gets to know how it affects any system. Moreover, one even gets to know the threats caused by Wanna Cry malware. The write-up even describes the Wanna Decryptor and Killswitch along with its functionalities.